Over the next couple of months, I’ll be working on a new project set at the Minack Theatre, Cornwall.

Built in to the cliffs just outside of the Cornish village of Porthcurno, the Minack Theatre was created in the 1930s by Rowena Cade to stage her own theatrical productions. The site is as unusual as it is beautiful, with a stage built above cliffs, and hundreds of carved stone seats for its audience. What attracted me most to the site was the way that features of the theatre blended in to the granite cliffs. A stone archway, inscribed with celtic carvings, may lead on to a stair-case built in to the stone cliffs, for example.

Below are some quick sketches I made of the theatre when I visited last week. More work to follow later... 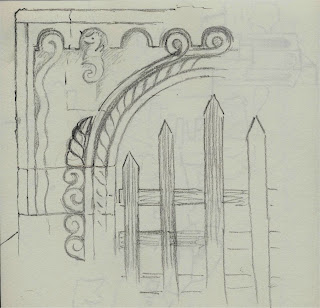 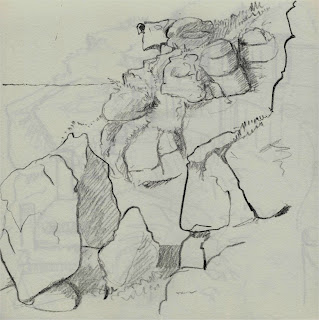 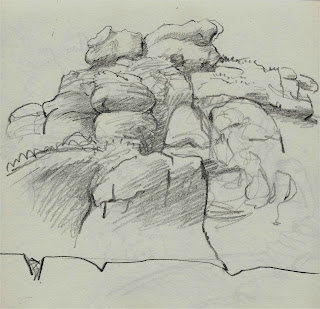 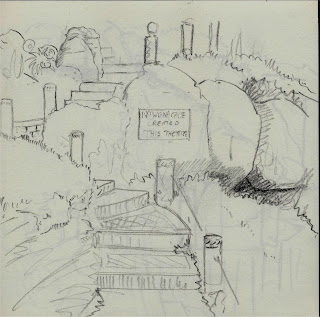 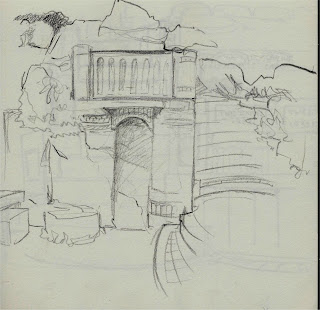 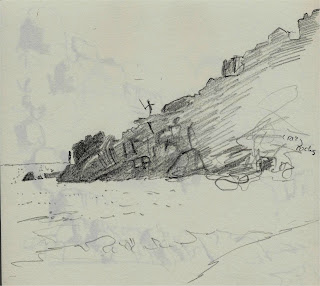 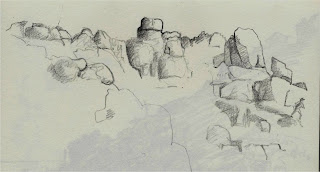