On the weekend I saw inside of Sands Films Studios, a film production company in Rotherhithe, London.

Founded in the 1970s by Christine Edzard and Richard Goodwin, it runs its own studio, workshops, cinema, cutting room, make their own costumes and own sets. Sands Films Studios are also a well-established costumier and have produced costumes for films such as Little Dorrit, Pride and Prejudice and Marie Antoniette.

Whilst there I made sketches of a few early eighteenth century coats and waistcoats – a huge treat for me as the only source material I have for period costume are from films, paintings and occasionally original items on mannequins in museums. 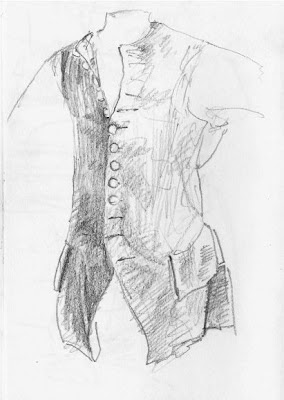 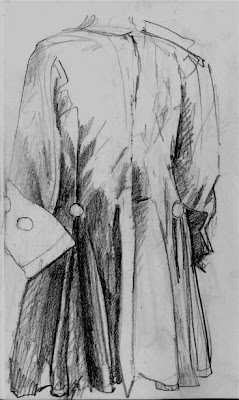 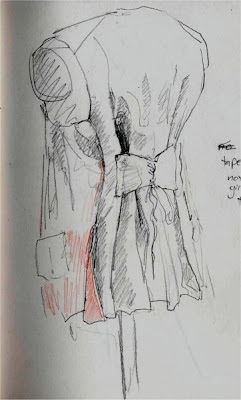 After seeing inside of their store rooms full of eighteenth and nineteenth century clothing, I started to wonder if everyday beautiful clothing is a thing of the past. There was so much to look at! And so many beautiful items of clothing hanging up on rails divided up by decade and class. Ornate trims, textures, patterns, and dresses in designs I had no idea existed or were even possible... I was blown away. I could have spent much longer in there admiring everything.

Seeing the costumes for the film Marie Antoinette was particularly special, not least because they were so beautiful. I began to realise that what made such pieces of clothing almost magical is that they are storytelling devices that help make you (the audience) believe in the story and in its characters. The costumes make you believe.

For further info on other films and productions (and photos), visit the Sands Films Studios website here.

Also, there is an excellent audio slideshow of the Sands Films Studios by the Guardian that's well worth a look - click the above link to view.

Books for sale at the Fruitmarket Gallery

New editions of The Tempest and The Resurrectionists are now on sale at the Fruitmarket Gallery in Edinburgh.

These are cheaper versions of the original etched and aquatint versions and are made with a combination of digital prints, lithography and laser cutting. 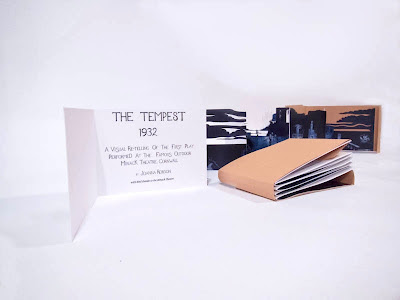 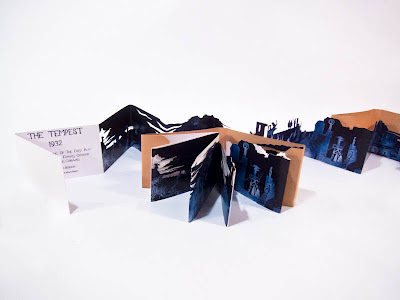 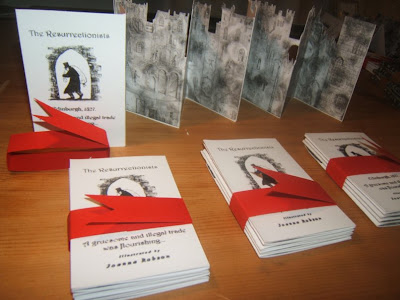