This is one of a few pieces of artwork I did for Cambridge University Amateur Dramatic Club's upcoming production of Jerusalem by Jez Butterworth.  The play is on from Tuesday 22nd until Saturday 26th of October 2013 at the ADC Theatre in Cambridge. 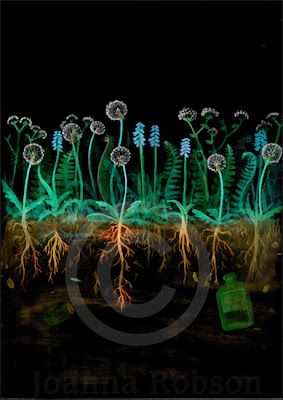 Gala queen Phaedra is missing. Troy, Phaedra’s stepfather, suspects that the anarchist, waster and ex-daredevil motorcyclist Johnny ‘Rooster’ Byron is involved. At the same time, Rooster is being evicted from his illegally parked mobile home in the woods next to the new estate. But Rooster is in good spirits. Providing safety for outcasts and eccentrics, he enthrals with stories of ancient myth and forest sprites. He may even be one. He is also an absentee father, has violent episodes and likes young girls.

Fast, funny and sexy, and crafted with deep intelligence and insight, Jerusalem is the ‘instant modern classic’ (The Telegraph), a vision of contemporary England that galvanised critics from London to New York.

‘The best new play of the decade’ - The Times 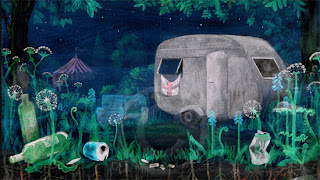 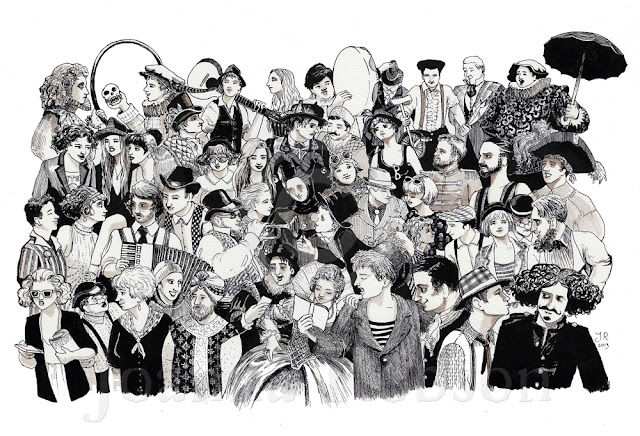 Last month I went down Edinburgh's High Street on several occasions to make sketches from the street artists and actors.  This was mainly just for life drawing practice, as it's a great opportunity to sketch people moving around in costume.  Many of them provided rich material for the illustration above.  Almost everyone in the main illustration is based on an original sketch of an actor, clown, street artist, juggler or spectator.  Recognise anyone?

Below are some rough sketches and also some sketchbook work... 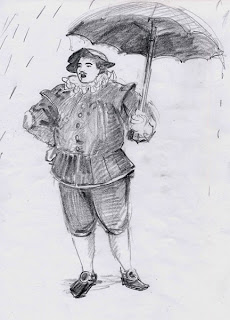 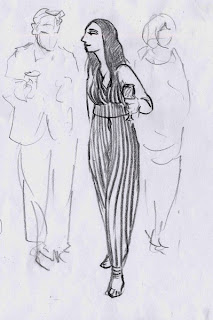 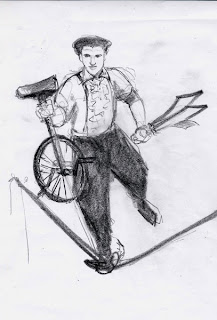 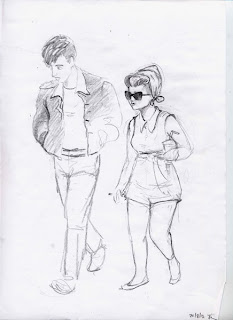 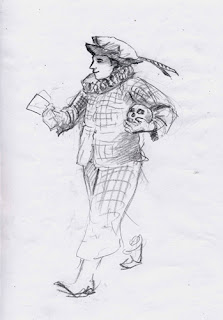 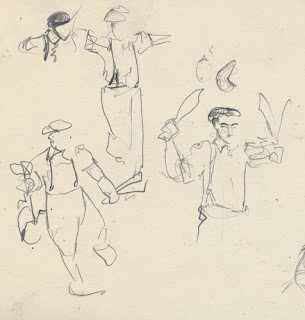 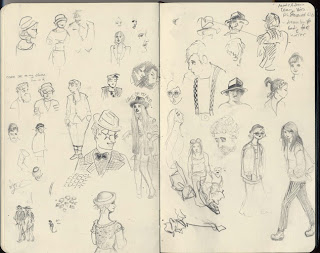