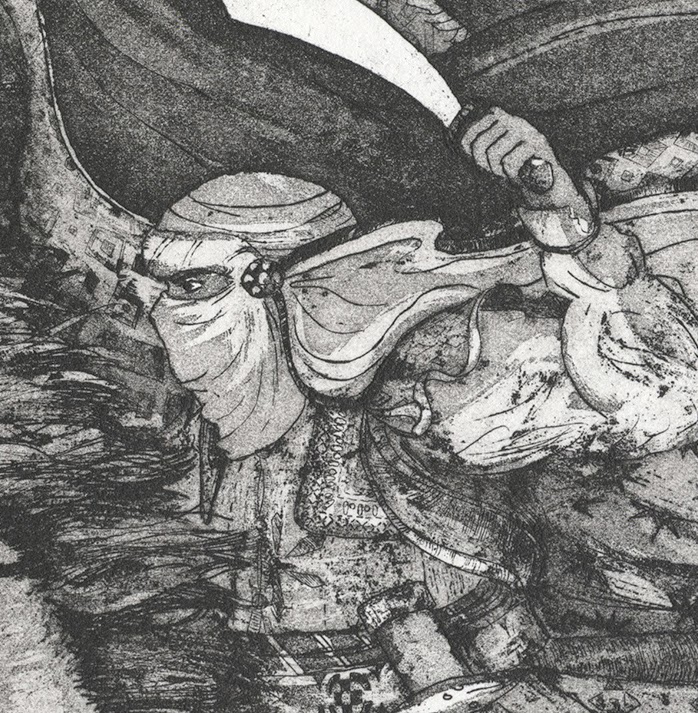 Two months ago, I posted up some line drawing etchings in to hardground on this blog and mentioned that the plate was going to be aquatinted.  Aquatint is done by covering the plate in tiny, acryllic droplets and then using a stopping out fluid on areas of the plate to mask them before etching the plate in the acid bath.  The areas under the stop out remain unetched, while the remainder of the plate will produce darker tones when it's printed, as the acid will have eaten in to plate enough to hold more ink.  The process is long and labour intensive, but I wanted more practice at aquatinting for another project I have in mind.

The zinc plate required two applications of aquatint, fourteen hours of burnishing and nine states before it got to the stage where I was happy with it!


Two small editions have been produced from this image, but I'll post more details about them later this week.
Posted by Joanna at 11:19 No comments:

The Demon by Mikhail Lermontov

A story of love, hellfire and redemption... 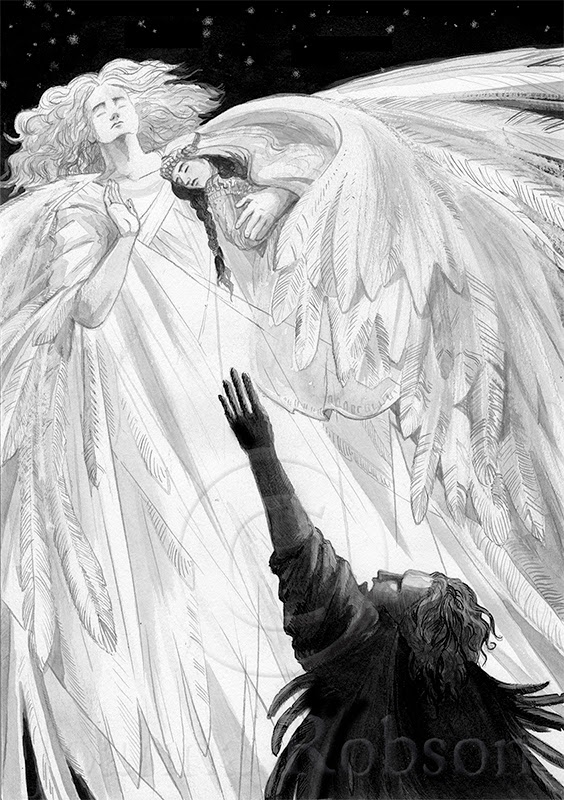 Above is another pen and ink illustration I produced for Frances Robson's Scots translation of Mikhail Lermontov's epic poem The Demon.  The poem itself is forty pages long and is published in an edition of 100 to coincide with Lermonotv's bicentenary.

There will be a reading from the publication by Frances Robson on Saturday 6th of September at the Callander Poetry Weekend, which runs from the 5th to the 7th of September 2014.  It will also be available to purchase there for £8 per copy.  Unfortunatley the book is not currently available to buy online, but if you'd like to order a copy then please do get in touch with me. 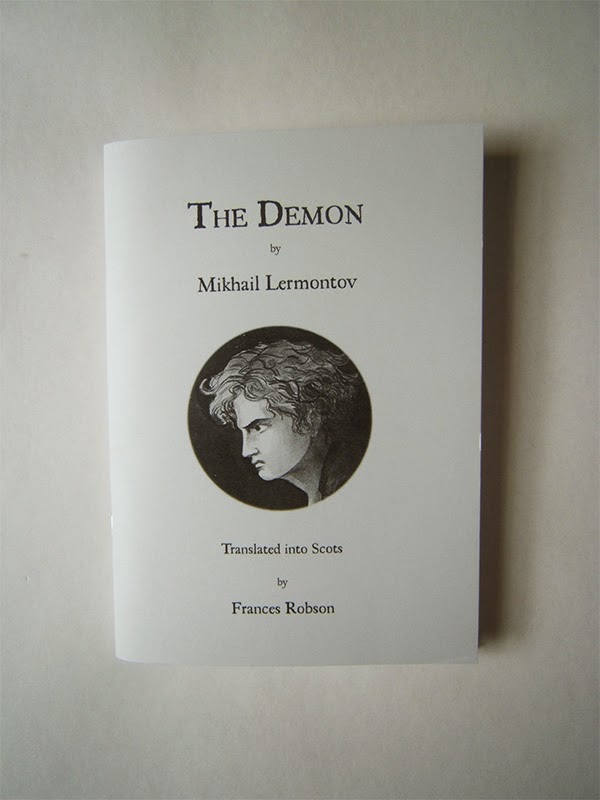 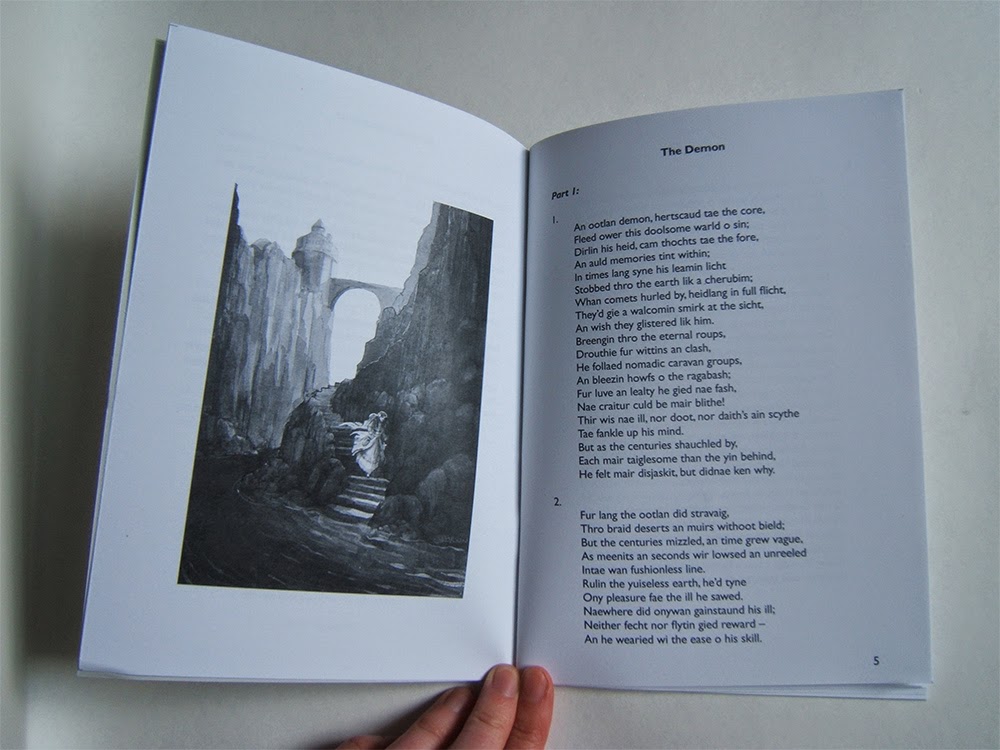 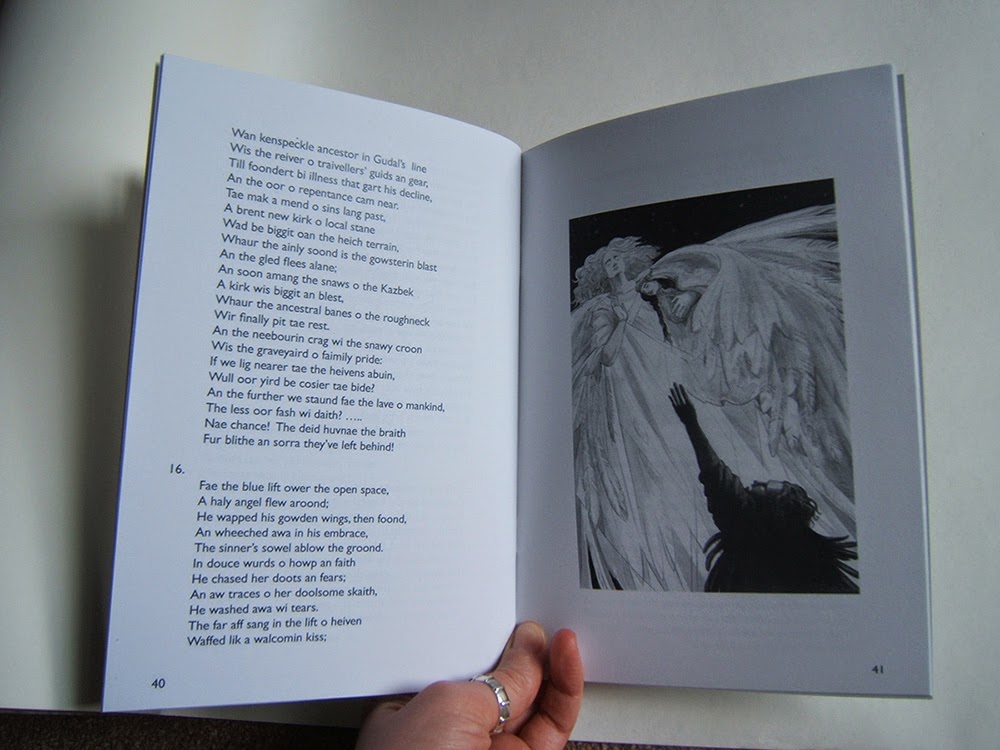