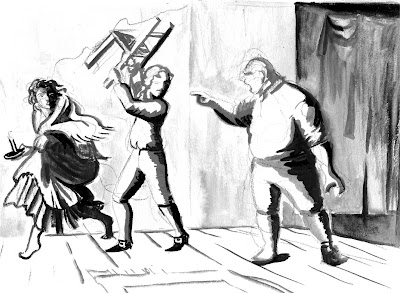 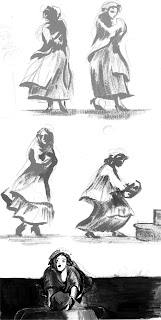 Goache has proved more useful in portraying movement in figures than quink, pen, charcoal or anything else I've used so far.

For now it will still be just in black and white.

These images are from a made up scene which may be used before something on the Foundling Hospital. Before such institutions were set up, illegimate infants would be left on the doorsteps of the wealthy or in church doorways in the hope that someone else may be better able to look after the unwanted child.

This is an idea for the protagonist and the kind of clothing he may have been wearing once he gained fame and fortune.

This is with black and white goache with pen for the waistcoat. 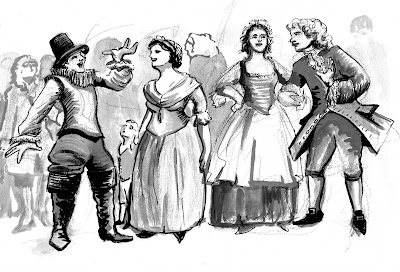 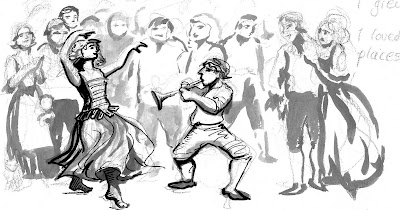 Ideas for the clientele at Bartholomew Fair, London, c.1720. 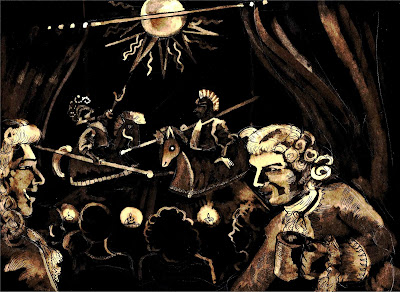 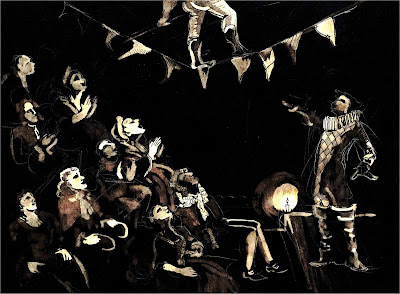 These were fun to make and are based on the shows at Bartholomew Fair. They were produced using bleach on black paper with black pen for the details. 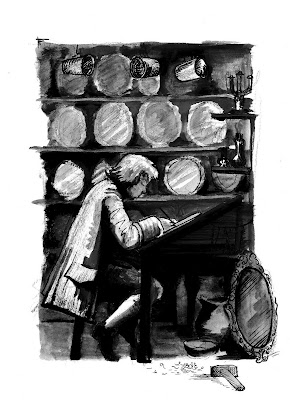 This is one of the ideas I have for the apprentice years. The studio would be small and cramped and filled with tools, engraved cutlery, plates and other silverwear.
Posted by Joanna at 15:26